The re-birth of RV1

An American classic takes to the skies

A Trig transponder is part of an American legend. The 1965 RV-1 was designed by Richard VanGrunsven – all later Vans designs grew from the inspiration of this first design. The RV-1 is now back in the air again. A thorough restoration of the airplane has been followed by a tour of the U.S and Canada. This allowed thousands of Vans fans to see this historic aircraft. Andy Davis CEO at Trig said “I’m pleased to have been able to support the Friends of the RV-1’s restoration and it was great to see the aircraft at Oshkosh.”

Fitted with a Trig TT22 transponder the RV-1 has flown over 5,000 miles. This included flight through airspace where a transponder was required. Ernie Butcher project lead and long term Vans enthusiast commented on the success of the restoration. “The greatest benefit the Trig unit provided was the ability to install a modern transponder in the RV-1’s space limited instrument panel. The Trig unit allowed us to preserve the original panel configuration, there was simply no room in the RV-1 to install a conventional transponder.”

“The Trig unit was the perfect solution and allowed the Tribute Tour to fly in TXP airspace including Canada, thank you Trig!”

The recent restoration was completed by volunteers. Those involved shared Ernie’s vision to place the RV-1 in the EAA museum after its national tour. The aircraft made a star appearance on the first day of Oshkosh 2012. Walt Arnow, a professional avionics installer fitted the TT22. “The Trig unit was ideal for the RV-1 it has operated trouble free throughout the tour.”

Over twenty pilots have all shared the experience of flying VanGrunsven’s RV-1. Perhaps the pilot with the greatest sense of expectation was Richard VanGrunsven himself who flew the aircraft and displayed what Vans owners refer to as the ‘RV grin’. “This describes the delight and positive reaction felt by pilots who fly a Van’s for the first time” explained Ernie, “Richard VanGrunsven certainly had an RV grin from ear to ear after flying his first design again. He told me he had an absolute and nostalgic attachment to the airplane. At Sun and Fun this year he spent a good deal of time looking at the aircraft, re-visiting the design that he created over forty years before.” 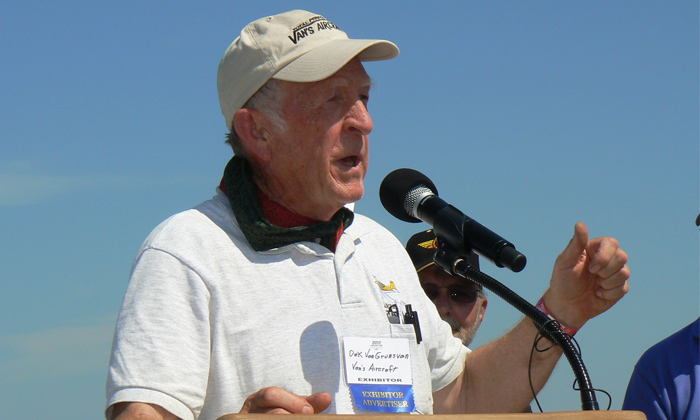 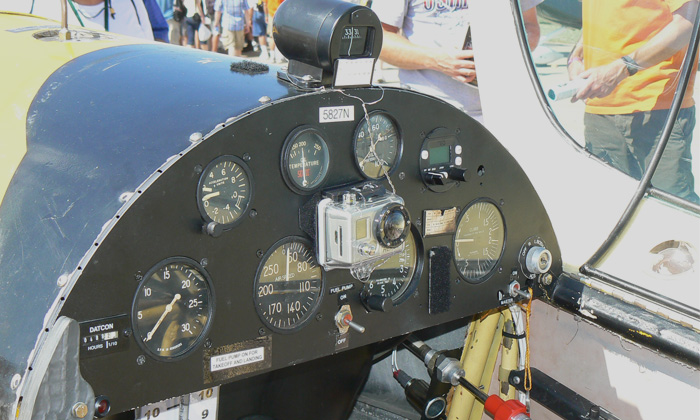 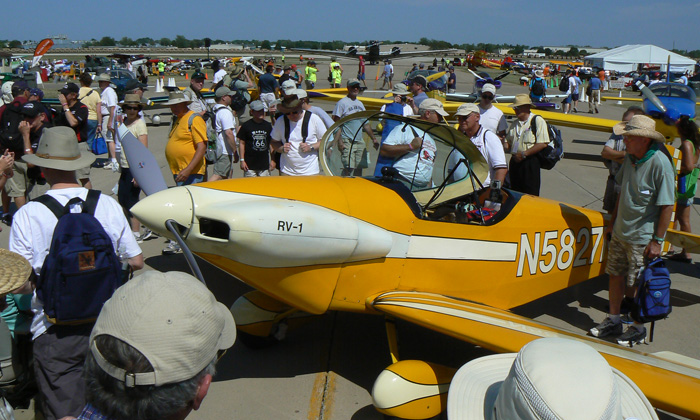