Trig Avionics is delighted to announce that Emily Collett has endorsed Trig as her official avionics of choice.

Emily said, “I wanted to install Trig products because of their world class reputation, they are a British company designing and manufacturing in the UK.” 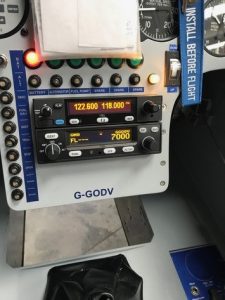 Emily installed Trig’s TT31 transponder in her CAP 232 aircraft. Having returned from competition flying in the Czech Republic, she said, “Having a Mode S transponder gave us the choice of more flight routes than had previously been an option. This is without mentioning the 8.33 kHz radio which is already an operational requirement in the Czech Republic! Thanks Trig!”

Emily is an extremely accomplished aerobatic pilot. She has competed in the British Aerobatics Team, winning a Silver medal and in the Advanced European Aerobatics Championships, where the team came fifth. In 2016, Emily became British Advanced National Champion and recently she flew with Carol Vorderman introducing her to aerobatic flying.

To top it all off Emily flew with the Red Arrows this year and has been highly commended and nominated for the Sporting Role Model Award, with the #BeAGameChanger awards. This is run by the Women’s Sports Trust, who recognise people and organisations who have accomplished the most to progress women’s sport. 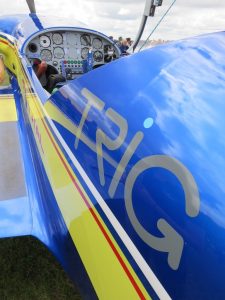 Emily has also installed a TY96 8.33kHz radio into her CAP 232. When speaking about the TY96 radio, she said, “The dual watch function was great for flying in formation with another aircraft, it came in really useful when transiting across Europe. I love the fact that I can load the database of airfields, so it’s really clear who you’ve got tuned in, the playback feature is so helpful when you’ve not quite caught what a controller has said.”

Since learning to fly in 2001 Emily has been a gliding instructor, a tow pilot and started flying in aerobatic gliding competitions, in 2007. She has won the Sports Class National Championships, the Standard National Championships, the Roy Legg trophy and she won the Diana Britten trophy (for the best female competition aerobatics pilot) for six years.

Olivia Macfarlane from Trig’s Marketing Team said, “Trig is passionate about aviation and we wanted to recognise and support Emily’s flying achievements. We also want to encourage and inspire more woman to take up flying, Emily is a superb role model for others.”